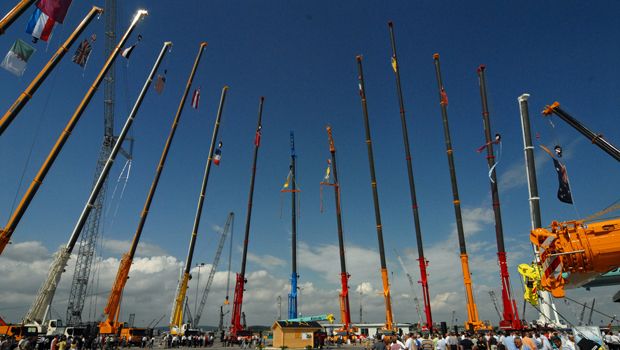 JEDDAH: The old saw that necessity is the mother of invention was never more true than in the case of the German crane manufacturer, Liebherr. In 1947 German master builder Hans Liebherr felt that life would be far easier for builders if they could take a crane to a building site and erect it without all the crew and fuss that accompanied the operation. Unaware that this had never been done and was probably impossible, he did it anyway.