A loader crane operator died after the boom of the crane he was operating came in to contact with overhead power lines, in Vancouver, Canada on Friday.

Theman, said to be in his 60s, was operating the crane from the ground, unloading lumber in the street when the incident occurred. The crane appears to be one of many knuckle boom loader cranes owned by F & G Delivery, which trades as F&G Truck & Crane. 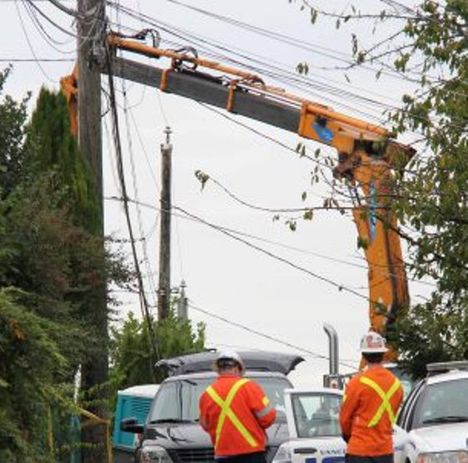 The crane was unloading right under the power lines

This is at least the third crane/power line incident in Vancouver in the past six months, in July a tower crane operator escaped unhurt when his crane came into contact with power lines at the side of the site – see: Lucky escape in Vancouver, and then in September, a self-erecting tower crane caught fire after touch power lines – see:SE tower crane catches fire.

WorksafeBC is investing the latest incident, meanwhile all work on the site has stopped. A WorksafeBC spokesman said: “A worker was operating a truck-mounted mobile crane, delivering wall panels to a residential construction site at 2921 East 29th Avenue in Vancouver when the crane contacted a 7.5 KV powerline and the worker was electrocuted. WorkSafeBC Fatal and Serious Incident investigators are on scene interviewing witnesses and gathering evidence.” 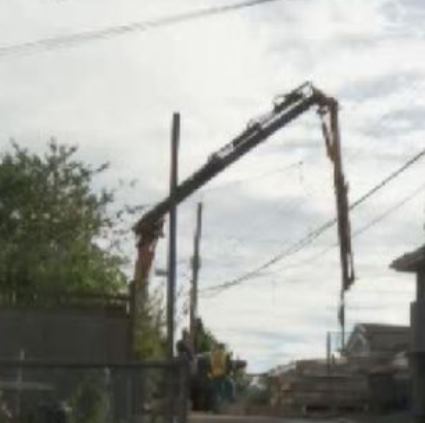 A view from the other side shows the boom configuration