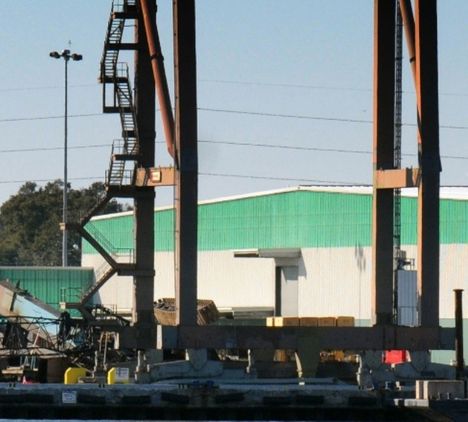 A crawler crane operator died at JaxPort in Jacksonville, Florida on Saturday in an accident that occurred while dismantling a large port crane that had been retired and sold.  The old container/gantry crane had been purchased by a company that employed a contractor to dismantle and remove it from the port. The crane operator, Anthony Roberts, 58, who is said to have been employed by that contractor, was in his cab when some very large components of the old gantry fell onto his crane, turning the crawler onto its side, crushing the cab and bringing the lattice boom down.

Roberts was trapped in his cab and declared dead at the scene. We do not have any information on what caused the collapse, or if the crawler crane had been lifting or supporting the parts that fell at the time.