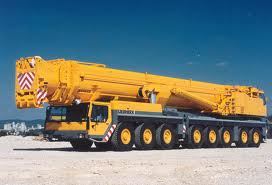 October 21, 2010—Daniel Erwin, the safety director and risk manager for Southern Industrial Constructors and Southern Crane, Raleigh, N.C., recently presented an overview of CSA 2010, the Federal Motor Carriers Safety Administration’s current safety initiative. The presentation was made during the September 2010 Crane and Rigging Workshop held by the Specialized Carriers & Rigging Association in San Diego, Calif. Slated to go into effect before the end of the year, “CSA 2010 changes the way companies are evaluated and how severely they are judged when found in violation,” said Erwin. Erwin highlighted some of the problems commercial carriers are experiencing with the program based on results in nine test states. Because of CSA 2010’s inherent design, many carriers with previously good records “find they’ve become deficient overnight,” and subsequently have difficulty earning clean inspections from that point forward. Look for more on this in a future issue of CraneHot Line.  In the meantime, the National Ground Water Association (NGWA) will offer a webinar on the new CSA 2010 rules relevant to business owners, contractors, and those operating commercial motor vehicles. Many of the issues to be addressed in the webinar also apply to operators of crane fleets. The webinar will be held Nov. 3 at 4 p.m. ET. A $159 fee applies for those who are not members of NGWA. Online registration available.