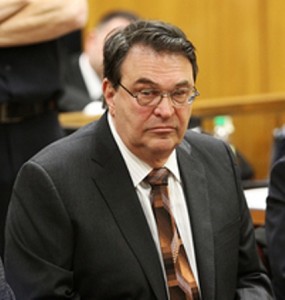 Jimmy Lomma has been acquitted of manslaughter and all other charges stemming from the fatal collapse of one of his tower cranes in New York in 2008.

Prosecutors blamed the collapse on a cheap and inadequate slew ring repair to the aging Kodiak crane, carried out by a company in China. Lomma’s defence blamed the accident on the deceased operator overloading and/or two-blocking the crane.

In addition to the personal acquittal of all charges, including second-degree manslaughter, assault, criminally negligent homicide and reckless endangerment. Lomma’s companies Lomma and New York Crane and Equipment were also fully exonerated.

see Lomma decides against a jury

In a statement after the verdict was handed down, the Manhattan district attorney, Cyrus R. Vance said: “Although we are disappointed with the judge’s verdict, each case we have brought in this area has put increased scrutiny on the construction industry as a whole, and has had a cascading effect on safety practices.”

“Construction companies must do everything in their power to protect the safety of workers and the thousands of New Yorkers who live near or walk by a construction site every day. The tragic deaths of two young men in this case showed the serious and fatal consequences that can result when profit is put ahead of safety.” 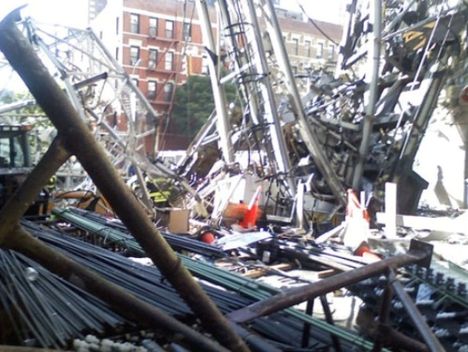 This is something of a shock although also not….

Making manslaughter charges stick against individual managers or owners is a tough one, especially if the principles of proving negligence beyond all reasonable doubt are strictly adhered to.

The case for the prosecution in this trial was probably as strong as these things ever are. The crane was ancient, cracks had been found in another unit before this failure, the company in China that made the repair said that it was not really qualified to carry out the work. Lomma’s chief mechanic, who ordered the repair, accepted that he and his boss were to blame and even the defence that two-blocking or overloading caused the failure was weak, as neither would have been possible if the crane had been of a more recent vintage or properly protected and maintained.

The New York prosecutors are now in the position where no one has been found guilty for the nine tower crane deaths in 2008. However far more important than this is the point that the prosecutor makes – all of the on-going focus on what happened and the resulting change in rules and operator licensing, has made the crane industry, particularly in New York, a much safer industry, partially by putting crane companies on notice, but also due to weeding out of the rank corruption that existed within the New York Buildings Department, some unions and other inspection agencies and companies.

Jimmy Lomma will certainly be breathing a sigh of relief tonight, knowing that he is not facing a long jail sentence – although he will probably not be celebrating, after all this was still a tragic incident that could and should have been avoided. Additionally he and others still face civil charges by relatives of those who died in the two major accidents.