A reader from the Philippines has sent in a photo of a group of construction men working from some sort of scaffold in Manila.

The four men in the photo appear to be in the process of dismantling the narrow tube scaffold that is surely some form of suspended frame scaffold as the tubes look incapable of supporting any compression loadings. They are around 15 metres off the ground, have loose boards as the platform, no guardrails – not to mention toe-boards. 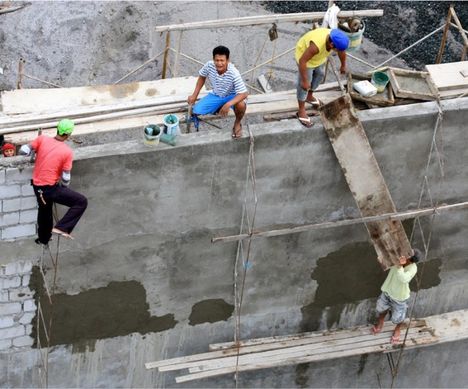 At least there is no pretence with hi-vis vests, safety boots and hard hats, in the fact all four are wearing flip-flops!

A definite Death Wish and one of the dodgiest prefabricated scaffold systems we have ever seen.