A crawler crane working on the new National Art Gallery in Singapore overturned this morning when the excavation gave way.

The crane’s boom came down into Coleman street but no one was hurt in the incident as the road had just been closed. 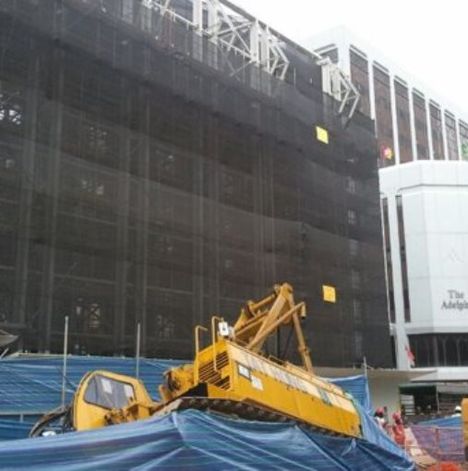 Thankfully no one was hurt and damage was minimal

The crane, owned by locally based crane rental company Tat-Hong, was working on the foundation work for main contractor, Takenaka-Singapore Piling Joint Venture, but was not operating at the time, although the operator was sitting in the cab. He was able to jump clear as the machine began to list. 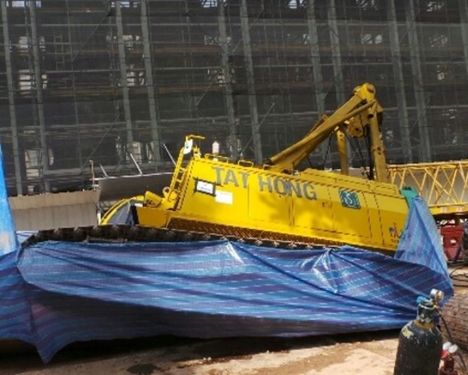 The crane slipped into the excavation

The speed of the overturn was such that the contractor had time to close off Coleman street and thus prevent any injuries or damage to other vehicles.

An investigation into what happened has been launched.

Jeffrey, what do YOU do to maintain success?