A crane caught fire whilst driving on a road to Lüneburg, German in the early hours of yesterday morning.

What looks to be a 750 tonne Liebherr LG1750, owned by German based joint venture crane rental company Neeb-Schuch, was reportedly travelling on the A39 road towards Lüneburg when the safety vehicle noticed flames emerging from the undercarriage. 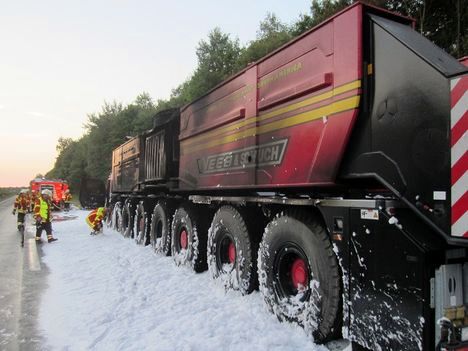 Once notified the driver brought the crane to a stop, at which point the flames rapidly spread after coming in to contact with its hydraulic oil. In total it took 50 fire-fighters over an hour and a half to extinguish the flames. Fortunately no one was injured however the incident did cause delays into Lüneburg. 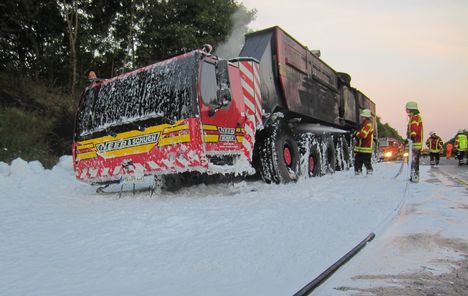 Although still under investigation initial findings suggest that the vehicle suffered from a technical defect.