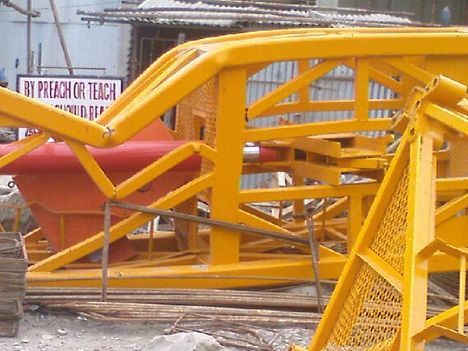 The crane collapsed at a job in the Haji Kasam Chawl area of the city, and is said to have injured up to six people. At least three of which were immediately rushed to hospital.

We have very few details on what exactly happened, but can say that the crane was a brand new Chinese built Jiang Lu unit that had been erected and tested shortly before it went over and that it failed near its base. Simplex is the main contractor which confirmed that the crane is new and that it is investigating the incident. 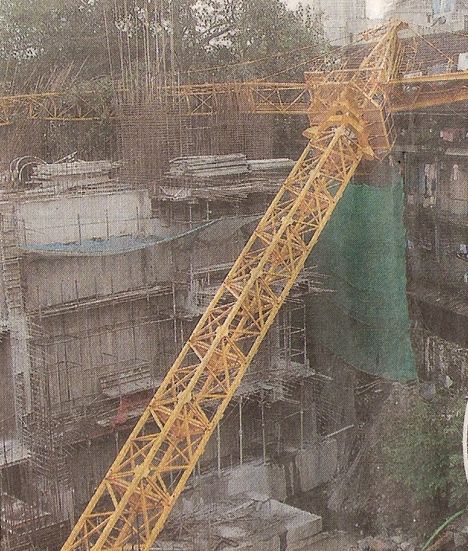 Other than that and the fact that we have been able to determine very little.