Two men escaped with burns after the boom of their loader crane contacted overhead power lines on a site near Alor Setar in Malaysia on Tuesday.

A number of people heard a ‘loud explosion’ and ran to the aid of the two, but were afraid to approach. Hock regained consciousness 15 minutes later and apparently managed to free the boom from the cable. 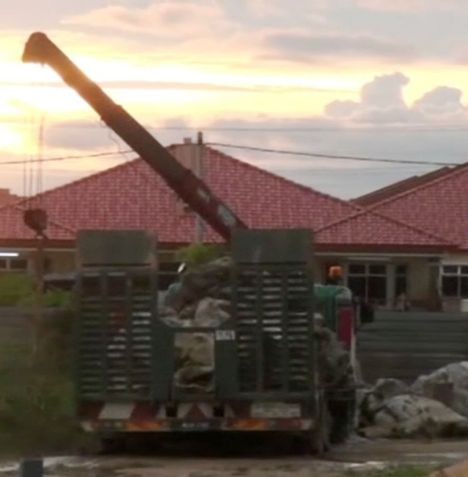 Outriggers Give Way Under Big Crane