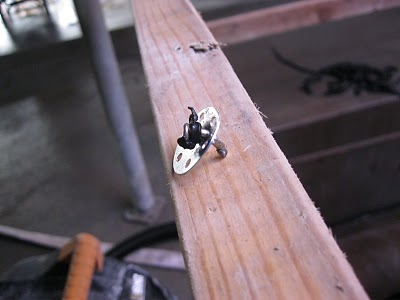 Seattle, Washington United States. No accident has happened, but a great lesson in the need for daily inspections has popped up. A Potain 485 was altered by a waterproofing contractor. In order to facilitate water proofing, he shot nails into the gusseting on the crane pedestals. This was done without permission, to the best of my knowledge. A load bearing member was altered, without permission or the knowledge of anyone else. For me, I’m hearing the mantra, “Inspect your cranes daily!” 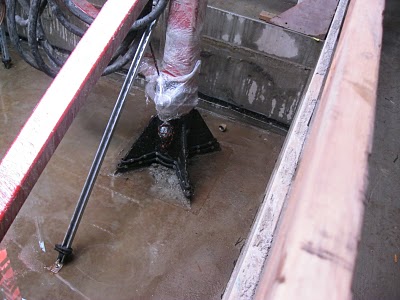 The crane is being allowed to continue to operate while a repair is put together. The reality is that this penetrated pedestal is duplicated about 4.5 feet down in the concrete. I would agree that there is no immediate danger since the gusseting is currently not showing signs of cracking. However, if there were cracking, it would be an indication of failure and movement at that location which would lead to a localized fulcrum point rather than spreading the load over the whole of the gusseting contact point. So daily inspections for cracks are required. Hopefully with a flashlight and magnifying glass available for any concerns. I would even remove the paint and clean the surface to get a good look at it as my personal preference. 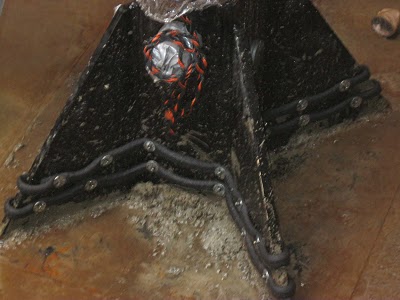 After the repair under Washington State Law, the crane will need to be re-certified since a load bearing member is being altered or repaired. The mistake is costly for the job in that some workers don’t want to be on the site until the repairs are completed. The repairs and reviews won’t be cheap, and all for some waterproofing. As an operator, covering the pedestals, or the concrete footing wouldn’t be acceptable. Footings do have the potential to crack. In the long back story, that’s part of what caused the crane the collapsed in Bellevue Washington in 2006 to be placed on the steel frame in the first place. So the concrete has to be able to be seen. The steel, the welds, and the pedestals have to be seen and reviewed daily as well.

This story is about looking at your crane daily. Just because a building is built up around you, doesn’t mean that things can’t go wrong with the crane below. Don’t be lazy, look at the whole thing. A Liebherr 420 in Hawaii, just a few years ago, had an entire pin set (pin and sleeve) back out of it’s hole at the base of the crane. Rather than climbing down daily, the operator had been taking the elevator. In saving the effort, little did he know that it was killing him.

As an aside, it would seem that everyone in this case is acting appropriately in getting this problem taken care of.

Ship crane looks after the trees