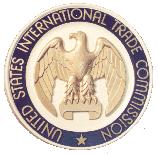 The products at issue are mobile cranes that use variable position counterweight technology to improve operation and use of the cranes, according to the statement released by ITC.

This is a further investigation targeting Chinese companies after a probe into technology giants Huawei, ZTE and other companies this year.

The complaint also alleges that Sany is threatening to destroy or substantially injure an industry in the US or to prevent the establishment of such an industry due to misappropriation of trade secrets owned by Manitowoc Cranes.

The US company requested an exclusion order and “cease and desist”orders, according to the federal bipartisan panel.

Once the complaint is approved, the panel will issue remedial orders, such as a ban of accused products.

The ITC has not yet made any decision on the merits of the case. It will set a timetable within 45 days for completing the investigation.

“This is very normal. Many outstanding Chinese companies have been investigated, and it is better for us to face it earlier,” an insider of Sany told a major Web portal Netease on Friday.