Several months ago I got an email from Michael Andrew Wilson. He read my Little Red Book of Selling and Little Black Book of Connections, loved them, and wrote to tell me about it. Very nice compliment, with one notable addition. Michael lives in Paris, France. He moved from Newport, Rhode Island, to Paris in 1989.

He ended the email by saying, “If you’re ever in Paris, look me up.” When I checked out his website, all I could say was WOW! He is one of the world’s leading authorities on antique furniture. He worked for Ralph Lauren designing and furnishing his retail stores, and has purchased millions of dollars worth of antiques and furniture at the world-famous (actually the world’s largest) antique market (Les Marche aux Puces) in Paris (near the Porte de Clignancourt Metro stop), and all over Europe.

Last week, as chance would have it, we (my partner Jessica and our daughter Gabrielle) were in Paris. Between seminars in London and Vincenza (Italy), we had a few days to spend in the City of Light to celebrate Gabrielle’s first birthday.

I emailed Michael. He invited me to his home. In his office we had a glass of (incredible) French wine, and he told me of his history. After he left Ralph Lauren, he became a private shopper for Americans and others seeking to furnish their homes with art, antiques, and 20th Century design furniture from France and all over Europe.

It would be inappropriate for me to mention his customer’s names, but suffice it to say they are household celebrity names from the movies, sports, music, and business. Great story – but not half as great as his home. Among 100 incredible pieces, there was one of the original model castings of the Statue of Liberty. WOW. It’s the terra cotta piece from 1889 that is so powerful in its presence, it commands you stare at it for minutes at a time.

Having had the good fortune of seeing art and sculpture all over the world, this was by far the most compelling piece I have ever seen. 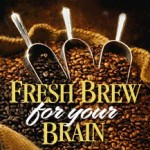 I told Michael of our love of antiques. He smiled and said, “Lets go shopping tomorrow. I’ll take you places most Americans will never see.” Cool.

As we started our day, I saw way more than incredible artifacts. I saw Michael Andrew Wilson in his element. In sales you know that product knowledge plays a major role in communicating value. Michael was off the chart – he knew everything about every item we saw, he also knew every seller.

He greeted every one of the vendors like an old friend with – more than hello – a firm handshake, a huge smile, and an exchange of words. Michael doesn’t just know the product; he also knows the culture, the customs, and the business process.

I asked him about negotiating prices. He smiled and said, “In Paris you have to be very careful when you shop for antique ephemera and furniture. Many dealers have several prices for the same item. They size you up, and get as much as they think you’re willing to pay. They all know me, and I know them and the value of their things. I pay less than anyone else. First I ask the price, and then I ask for their best price. And sometimes you would be amazed at the difference.”

I would love to explain what I saw, but words fall short of the history, the art, and the artifacts on display. There were more than 2,500 dealers and all of them had their own museum. Instead, I’ll give you Michael’s business qualities and strategies, and maybe you can compare them (or change them) to yours:

■ Rapport is his leading conversation. He has friendly engagement with everyone, even if it’s only “Bonjour!”

■ He knows the territory. Every dealer, and all their offerings.

■ He has wisdom, not just knowledge. Not just what it is, but it’s history, it’s creator, and it’s importance.

■ He is respected by customer and vendor alike. Very rare in any business or industry.

■ He is a fascinating storyteller. He held my complete attention for two straight days. Even his websites, www.mawparis.com and www.thewilsonreport.tv, tell amazing stories of his adventures in Paris.

■ He has ethics that would make his mother proud. He has standards that he lives, not just follows.

■ He knows his product – his customer – and his sources better than anyone else in his business.

■ He has the characteristics of a long-term winner. Friendly. Humble. Wise. Relaxed. Self-assured. Approachable.

■ He loves his work. He’s passionate about it.

■ He loves to serve. Beyond manners, he’s genuinely a servant.

■ He attracts customers through word of mouth. For 20 years every one of his customers have called him first.

Okay, I love the guy. Not just as a new friend, but as an authority, and a businessman. Michael Andrew Wilson is the essence of European class and American shrewdness.

The next time you’re in Paris, look him up. He would love to take you shopping.

Cleaning up after Sandy