No one was injured, but the Sept. 11 memorial was temporarily closed as a precaution because of falling glass 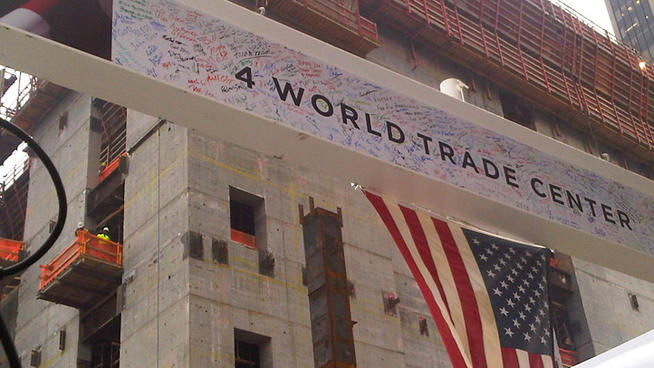 No one was injured, but the Sept. 11 memorial was temporarily closed as a precaution due to falling glass. The memorial said it would remain closed for the rest of the day, and several streets around the site were also blocked off.

The crane was lifting a beam when it struck the 72-story tower from around its 45th to 46th floors, Buildings Department officials said.

On Monday, the final beam of 4 World Trade was lifted into place in a solemn ceremony that officials described as a symbol of New York’s resilience.