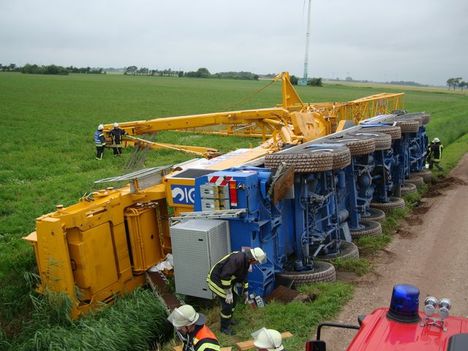 The crane, a Liebherr owned and operated by crane and heavy transport company Regel, was rigged with counterweight, jib and Y-Guy suspension system. It slipped off the road while the operator was moving between locations and was reversing. Heavy rains had exasperated the situation, the operator was slightly injured. 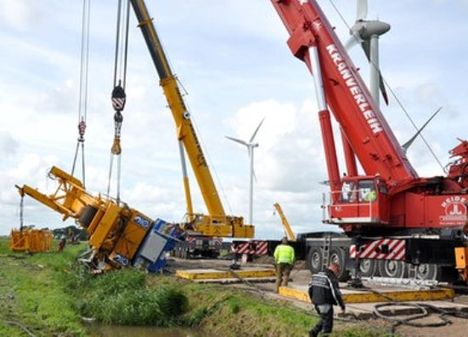 Two large cranes were brought in, along with several truck-loads of hardcore and large outrigger mats, to rescue the fallen crane.

Those involved blamed time and cost pressures involved with turbine erection work along with the heavy rains and narrow roads in the area.