It seems that not everyone got the memo about safeguarding tower cranes from nutters wanting to climb them. 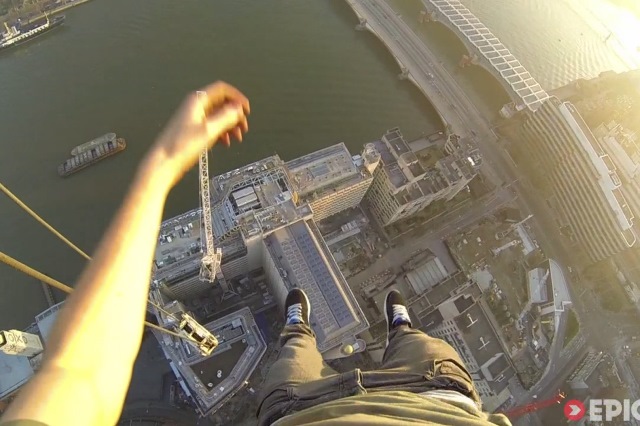 Crane boy James Kingston, 23 from Hampshire, has been up to his tricks again, this time dangling 150 metres in the air hanging from a tower crane in London with just one hand. You may remember that he carried out the same stunt last year on Warings’ Admiral’s Quay site in Southampton.

That prompted the Construction Plant-hire Association (CPA) to issue a warning that the industry must take action to reduce the chances of some adrenalin junkie on a mission for kicks killing themselves on a construction site.

James Kingston’s video of the stunt went on to attract more than 2.5m views on YouTube and earned him a television documentary on his antics.

Today a new video has been published, showing him climbing a crane on London’s South Bank.

Here is a link to our original report of the CPA’s warning.

All site managers would be well advised to read it again. Or you could end up with this guy on your site… looking like strawberry jam sooner or later.

Mother of All Near Misses