The luffing jib of a tower crane collapsed at a site in London yesterday dropping a load onto a footpath.

The crane was working on a site at 21 Wapping road when the jib went down, thankfully no one was hurt in the incident which saw a load fall onto the canal towpath, breaking part of the railings. 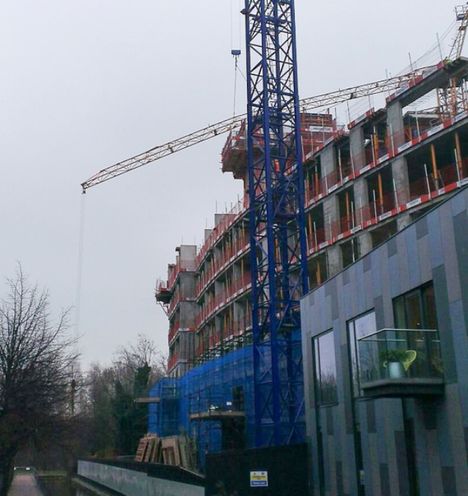 The fallen jib is removed

The sites developers, Ballymore have declined to comment on the incident and the crane has been dismantled today. We understand that the Health and

Safety Executive is aware of the incident.

The load was quickly removed and by another tower crane on the site and a bright an early start made on removing the damaged crane. 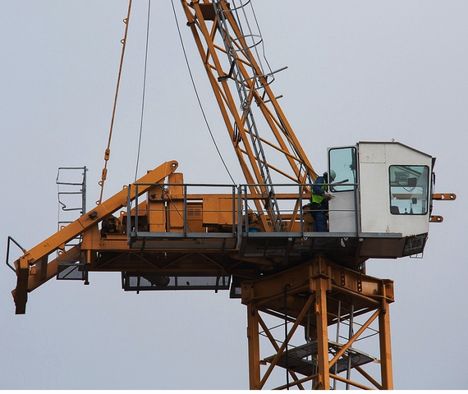 The damaged crane prior to its removal today.