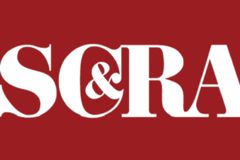 Several of the components had not been removed since their original installation, and some were in locations not designed for replacement access. The contract required that every component have its own, unique sequencing strategy to allow for the removal of the old and replacement of new. By necessity, Barnhart’s solution encompassed removing and replacing everything during one single outage period.

The job involved 155 employees from 14 Barnhart branches. A 10-acre site known as Lot 1 was set up for job trailers, equipment staging and component assembly. Mobilization of equipment required over 150 tractor trailers each way.

Barnhart designed and custom-fabricated 171 specialized components to perform this work. Rigging equipment mock-ups were set up at the Memphis headquarters, including a system that was composed of two hydraulic sliding and scoping gantry towers designed to fit 16-inch deep slide beams, custom, low-headroom sling connectors, stabilization bars to tie the two towers together, and a simple, yet affective, disposable man-way cover attachment.

To assist in the rear conveyance of each FWH, Barnhart fabricated rolling and jacking saddles to travel across the support steel inside the condenser bay. To maneuver the heater out, the lead gantry, attached to the man-way cover, had to be carefully lowered just as the rear of the heater cleared the face of the condenser bay and the heater located just below it. It was a tight fit.

The most challenging removal and replacement was that of the MSRs, which were 92 feet long, weighed 600,000 pounds and positioned in an enclosed bio-shield wall. Again Barnhart designed and tested a Recessed Saddle System for the MSRs. Lifting lugs were fabricated on the ends of each saddle, and after verifying the weight and center of gravity, the saddles were positioned for sliding and lifting.

To assist in floor-load distribution, load spreaders were fabricated for use inside the bio shield wall enclosure. The creative element in this design was that each component could only be manually positioned, as access with the overhead crane was non-existent. By packaging the equipment together, and not performing single-picks for each component, the number of lifts was reduced from 45 to five for each MSR bay.

Another innovation involved stacking FWHs in a rack. Two, stick-built racks were designed and allowed the FWHs to be combined into what affectionately became known as Barnhart’s 6-pack and 3-pack arrangements. When Grand Gulf was originally constructed, a two-piece, center pick swivel lifting beam was used to lift and set major components. At some point, it was removed and put out to pasture in a field adjacent to the plant. Barnhart recovered, sand blasted, had third-party weld inspections performed, procured and fabricated missing or inadequate components, load tested, re-painted and re-installed the lifting beam. It made every major lift performed on the turbine deck, including two 800,000-pound stators and four MSRs weighing 600,000 pounds each.

For the Grand Gulf EPU Barnhart produced 376 engineered drawings, 112 calculation packages, and created 24 nuclear procedures. The job was completed on time and on budget over three months, utilizing the most ingenious, custom-fabricated equipment ever fielded by the company.

One of the oldest railroad bridges in the Gulf of Mexico was the old Galveston Bascule Bridge that was reportedly built in 1912 as an auto and rail crossing to Galveston Island. For the past 60 years it has been used for railroad crossings only. In 2011, it was determined that a new, wider bridge was needed, allowing the channel in Galveston Bay to the Intracoastal Waterway to be widened from 105 feet to more than 300 feet. Burkhalter was recruited to float in and install the new Galveston Causeway Railroad Bridge, as well as remove the old bridge (intact), which would then be restored and shipped to California for use on a river crossing.

The replacement bridge weighed 3 million pounds and measured 386 feet, 8 inches long, 22 feet, 9 inches wide and 64 feet, 8 inches tall. Burkhalter arranged for the bridge to be transported on a 300-foot by 100-foot ABS barge. It was rigged to transporters on the barge.

The plan called for the bridge to be installed during a seven-hour time period on February 14, 2012, which dawned cold and windy. On February 17, 2012, Burkhalter crews came back in to lift and remove the old Bascule Bridge during a five-hour window.

Once the mooring lines were in place, tugboats went idle and the winches took over to control the barge. The rear mooring lines acted as propulsion and the front lines as a braking system. This mooring system allowed the crew to precisely position the bridge into place. Not only were there just inches of clearance, but the bridge had to come in perfectly square to fit into position.

Safety was a huge consideration in the project for a number of reasons, but mainly because crews were working in cold, windy weather in the middle of Galveston Bay. Life vests had to be worn at all times as well as fall protection gear. However by the time the job started, winds were calm and the job could be safely performed. Burkhalter completed the project on time and on budget.

In late summer 2012, Tradelossa was contracted to install a low-pressure turbine inside a new Gas Generation plant in Chihuahua, in northern Mexico. The building in which the turbine would be installed had two other components already installed, which complicated the rigging of the last turbine.

Normally in a situation like this, the low-pressure turbine would have been installed first, then the generator and then the high-pressure turbine. Also under normal circumstances, the three pieces would be installed and then built around the components. However, the building was under construction, making the site even more dangerous.

Consequently, Tradelossa employed an engineering plan that relied on precise calculations and expert execution because the space was extremely tight. The low-pressure turbine weighed 352,740 pounds and measured 35 feet, 5 inches long by 13 feet wide by 12 feet tall. The plan called for the turbine to travel 165 feet on the ground, then be lifted 27 feet in height, and finally slid another 23 feet above the ground.

Because the building was in the way of the rigging process, the only space left to accomplish the rigging was a narrow lane on the left side of the generator system. Providing a further complication were heavy rains that fell a few days before the installation, destabilizing the ground area for unloading the turbine and requiring the installation of timbers over the muddy ground to assure stability.

Tradelossa’s team identified several major challenges to the project. The first was unloading the turbine from the long trailer it was transported on and loading it onto a smaller equipment configuration that would fit into the small lane in the building and also capable of holding the weight of the low-pressure turbine.

Next, the smaller transporter needed to navigate around a building and enter the building in a narrow space, requiring it be backed up 147 feet and then an additional 103 feet into the lane. The job also required setting up the 550-ton gantry system several times in a small area in order to perform the different maneuvers needed to position the low-pressure turbine. As well, the jack and slide system would be set up in a very narrow space 23 feet above ground, and always present were the construction crews who were building the facility itself.

Tradelossa’s crews developed a plan that involved unloading the turbine, backing it inside the building, lifting the turbine and then sliding it to the platform where it would be installed. To assure safety and meet the requirements of the customer, the Tradelossa team also passed a Samsung certification process that endorsed the company as a reliable and high quality service suppler. Tradelossa’s team employed extra safety efforts, performing a ground and field analysis, training its team and assuring that the crew was experienced in operating the 6-axle modular transporter, gantry and jack and slide system. Tradelossa’s team checked in with utility and telecommunication providers and monitored the weather constantly. From May to July 2012, 960 hours were dedicated to creating the plan, which was completed 12 weeks before installation.

The gantry was set up three times to lift the turbine off the trailer and onto the smaller module, and then again to lift it off the module and after being slid into place with a jack and slide system, the gantry was used to place the turbine over its final foundation. The job required 600 hours, five days of labor and 10 operators working 12-hour days. It was completed on time and without any safety incidents or accidents.

The Specialized Carriers & Rigging Association (SC&RA) is an international trade association of more than 1,300 members from 47 nations. Members are involved in specialized transportation, machinery moving and erecting, industrial maintenance, millwrighting and crane and rigging operations, manufacturing and rental. SC&RA helps members run more efficient and safer businesses by monitoring and affecting pending legislation and regulatory policies at the state and national levels; researching and reporting on safety concerns and best business practices; and providing four yearly forums where these and other relevant member issues can be advanced.