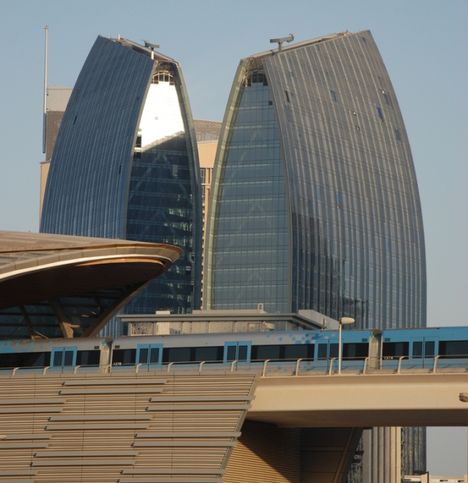 Two men died last week in Dubai when the suspended platform they were using for cladding work failed and dropped to the ground from the 27th floor.  The men were fitting external exterior glass panels on one of the Boulevard Plaza buildings on the Downtown Dubai development.  Reports suggest that one of the winches failed although both men were wearing harnesses. A statement from the Dubai Police says: “The men’s cradle ‘lost balance’ casing them to fall”.  The men, both from India, were employed by Emaar subsidiary, Mulitforms, which has the massive cladding contract on the Boulevard Plaza project. Reports earlier in the week suggested that the accident was a crane failure – the accident occurred on Tuesday afternoon – however we have finally managed to confirm that it was in fact a suspended platform.  Other details remain vague – from what we understand either the men had not properly attached their harness lanyards or the anchor points failed?  The site has until now had an excellent safety record.

It’s that time of year: “Call me back after the holidays.”