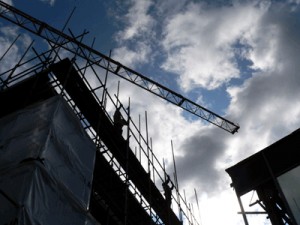 A report from OSHA (the US department of Occupational Safety and Health Administration) shows that in 2009 safety violations while working at height were among the most common in the US and, overall, the number of violations in the top-ten have increased by 30%.

The most number of reported violations came from scaffolding – 9093 violations. OSHA said that Scaffold accidents most often result from the planking or support giving way, or from the employee slipping or being struck by a falling object.