Dutch based heavy lifting company Mammoet has unveiled plans for a new 100,000 tonne/metre plus version of its Platform ringer Twin boom Containerised (PTC) crane – the PTC-120DS. 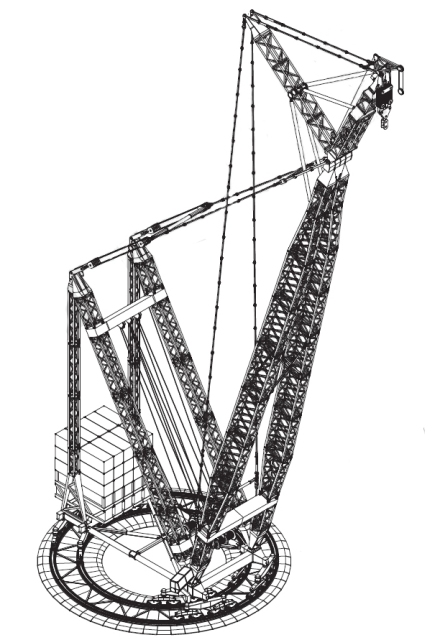 The preliminary drawings of the new PTC120

The main boom is up to 130 metres plus a job of up to 43 metres, the crane has a footprint of 45 metre diameter circle.

The new crane will clearly go head to head on big projects with the big lifting machines launched last year by Abnormal Load Engineering (ALE) the SK90 and SK120. The PTC though is designed fully to mobile crane standards with 360 hoists and 360 degree slew in normal configuration. Whereas the ALE machine and Mammoet’s own MSG cranes, use strand jacks and which are considerably slower.

Slewing is via normal crane type rollers with 360 degrees taking 30 minutes – fast for this size of lifting machine. The crane can also be rigged to run on straight tracks. 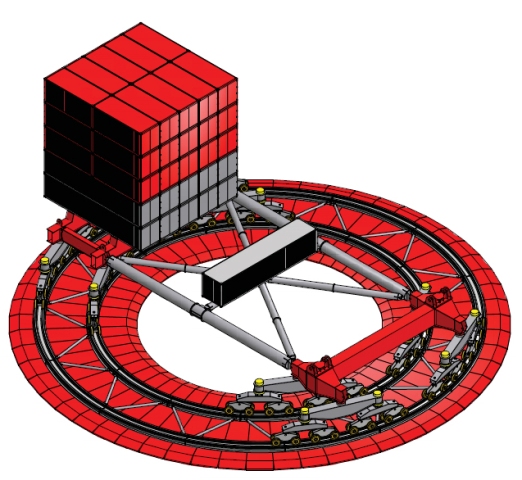 The PTC120 uses a traditional ringer with rollers for slewing

The crane can self erect its own boom, allowing it to lower the boom in case of severe winds – the 60 metre back mast which requires a 300 tonne crawler crane to erect, can withstand 150MPH out of service speeds.

The Mammoet crane is still in design but preliminary load charts indicate that it will substantially out lift the ALE SK90 and go head to head with the 5,000 tonne SK120, which is essentially a stretched SK90 and has yet to go into action.
To see the ALE SK90 click here

The new PTC substantially outperforms its own PTC and MSG heavy lift cranes, and the following is a rough indication of how the Mammoet will stack up against the ALE SK models. 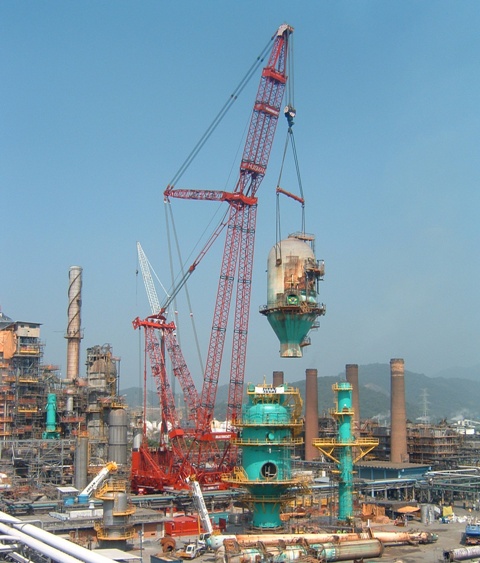