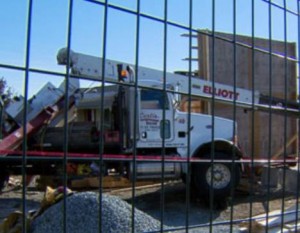 One man died and two were injured when a boom truck dropped a large beam that it was placing on a site in Burnaby, near Vancouver, Canada. The tractor mounted Elliot 1600 crane, owned by Curtis Lumber was delivering wood, including the beam, for a new house in on Dunlop Avenue, Burnaby. The operator was lifting the beam into position on the house when the crane broke away from the truck chassis, causing the boom and load to drop onto the two men manoeuvring it into place.One of the men, a 55 year old, was pinned under the beam and died later from the injuries he sustained. The second man suffered critical injuries and is in hospital, the crane operator was thrown to the ground and suffered minor injuries. 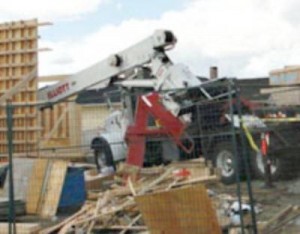 WorkSafeBC is investigating the accident