Two men died on Saturday when a boom truck with platform overturned in Bourne, Massachusetts while installing new power lines.

We understand that the 43 metre boom on the Elliot 20142 was almost fully extended with the machine, working over the rear, when it overturned. According to local police, both men died on impact when the platform hit the ground. 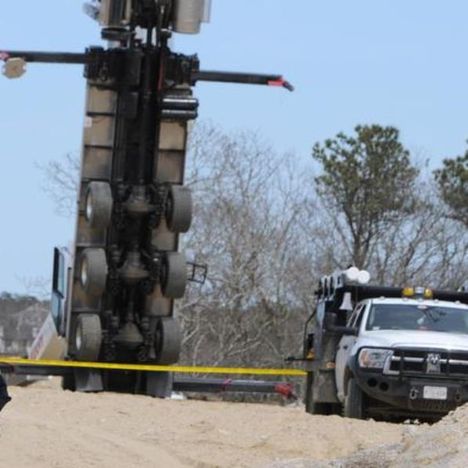 So far there are no indications of what caused the overturn, all outriggers were fully extended, and one witness said that the ground where the machine was set up was firm. Reports on wind levels are contradictory, but wind may have played a role.