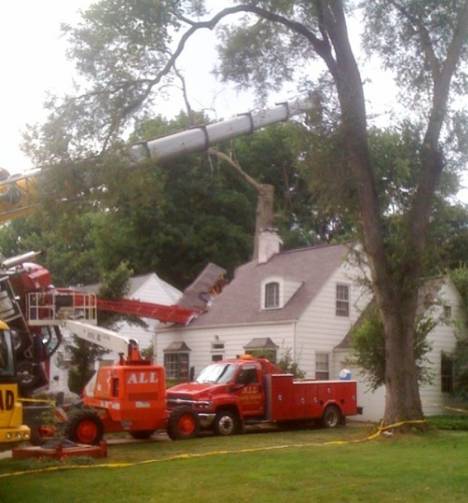 A crane tipped over in Akron, Ohio yesterday with its boom crashing into the roof of a house. The three axle truck crane was removing a large dead tree from the rear garden of the home. The contractor had apparently attempted to lift the top off of the tree but found that it was too heavy for the crane.