A 50 tonne mobile crane has overturned while lifting a garbage disposal truck in Hörgertshausen, Germany, on Monday.

The four axle Liebherr crane, owned by Beck Mainberg, had been contracted to lift the truck which had become bogged down in the grass and place it on firm ground. Reports suggest that the crane overturned after operator had successfully completed the lift and was retracting the boom. It is hard to understand why it tipped after the lift, unless the ground was weakened during the lift and then gave way as the crane slewed? The crane’s boom came down on the roof of a building opposite, coming to rest on a parked car. 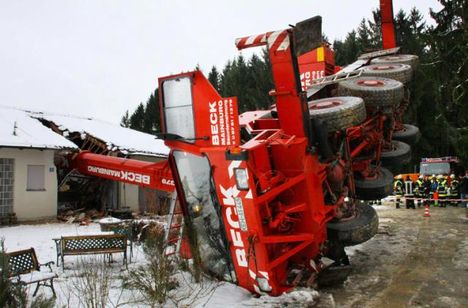 The operator was able to jump to safety with only minor injuries and although the damaged is reported to exceed €50,000 fortunately no one was seriously injured in the incident. 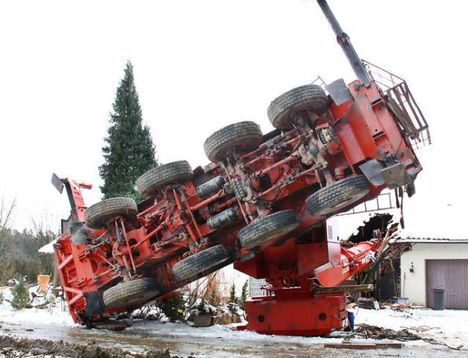 An investigation is currently underway to determine the exact cause of the incident.