An exceptionally violent storm in north western Bavaria, took down a tower crane along with a number of trees on Monday.

The brief storm in the region of Cham, including the towns of Rötz, Roding and Bad Kötzting also saw hail stones the size of tennis balls which caused exceptional damage on their own without the aid of the strong winds. While cars and property were seriously damaged, and trees were uprooted, we have not heard of any serious injuries. At least none were involved with the crane which was not working at the time it seems that the free standing counterweighted crane appears to have simply blown over in the storm, coming down onto two or three parked trucks. 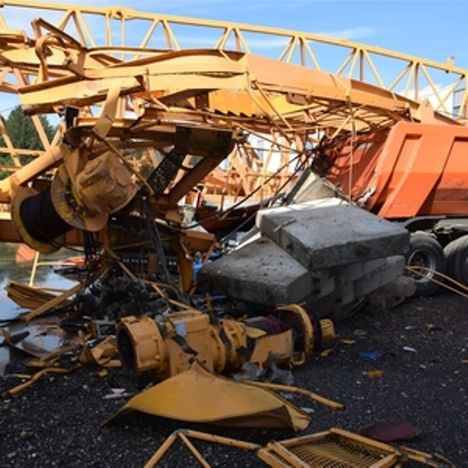 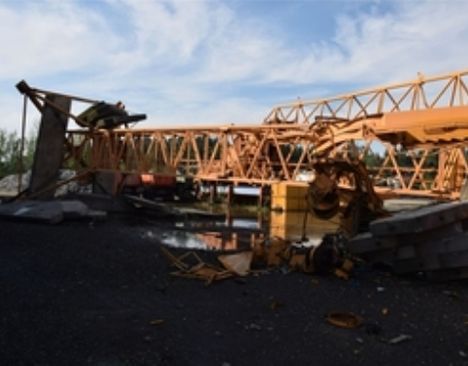 The storm simply overturned the crane at its base 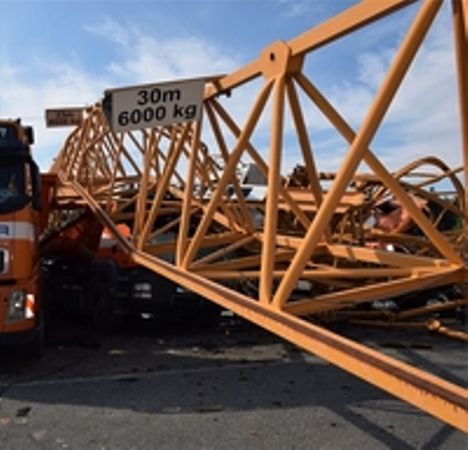 The crane came down onto at least two trucks