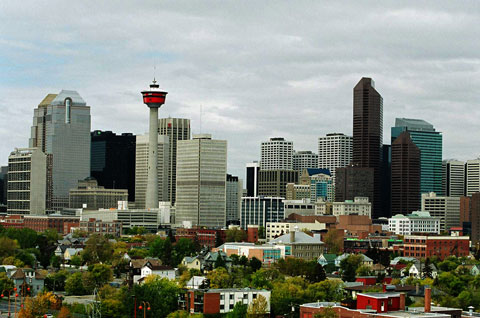 A 27-year-old man is dead after building materials slipped out of a crane sling and crushed him at a Calgary work site.

On May 8, emergency services were called to the construction site of the Penn West tower.

On the 21st floor, they found a worker laying beside a number of concrete forms. Initial information indicates the worker was a rigger that assists the crane operator with movement of material on the construction site. Heavy concrete forms were being moved from one location of the 21st floor to another location, when the forms shifted in the sling they were being moved in.

The shift caused them to slip out of the sling and fall onto the worker standing below. The forms weigh about 818 kgs.

He was pronounced dead at the scene.

Fire crews used a tower crane to lower the man’s body down from the middle of the building.