The mobile crane experienced a hydraulics failure, causing the support leg to be extended outwards as it was travelling along 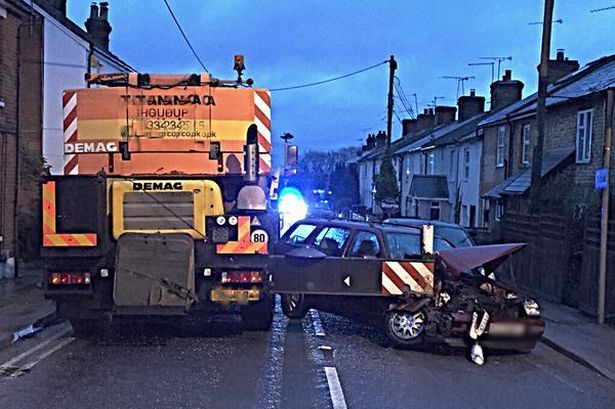 Damage caused to vehicle in Farnham by mobile crane

The arm of a mobile crane swung out on a road in Farnham on Friday morning, leaving several vehicles damaged.

The incident just before 5.30am led to the A3016 Upper Hale Road being closed in both directions between the A287 Odiham Road/B3013 Beaconhill Road and A325 Farnborough Road.

Surrey Roads Police reported on Twitter that the crane experienced a hydraulics failure, causing the support leg to be extended outwards as it was travelling along. 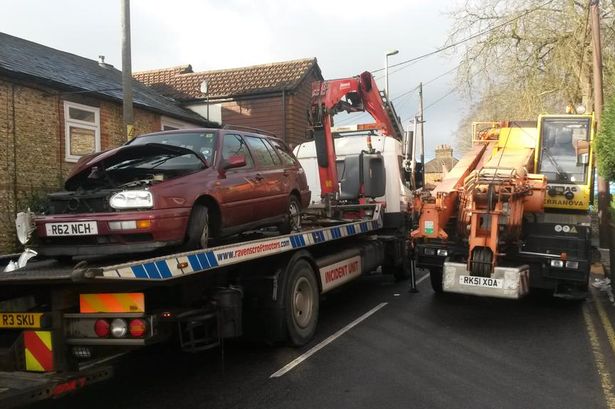 Three vehicles, a Vauxhall Corsa, Ford Fiesta and Volkswagen Golf, were damaged as a result.

A Surrey Police spokesperson said there were no injuries.

The incident caused congestion in surrounding areas with Folly Hill reported to be solid with northbound traffic.