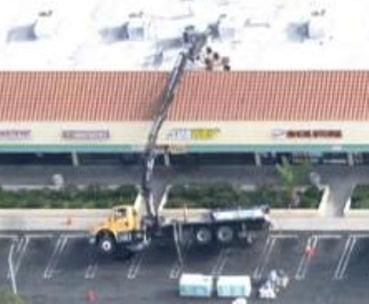 The company was preparing to re-roof the building, but when the operator raised the first pack of materials, the crane lost stability and tipped, coming to rest against the leading edge of the building.

A city tow truck was called in to pull the boom truck upright. Cal-OSHA were called in to investigate. The photos we have been sent are all too poor to determine if this was an outrigger failing or something else.