Three mobile cranes have removed the bent boom of the ship crane on the Nordic Visby that failed in the port of Tauranga, New Zealand last Thursday.  Click here to see original report. 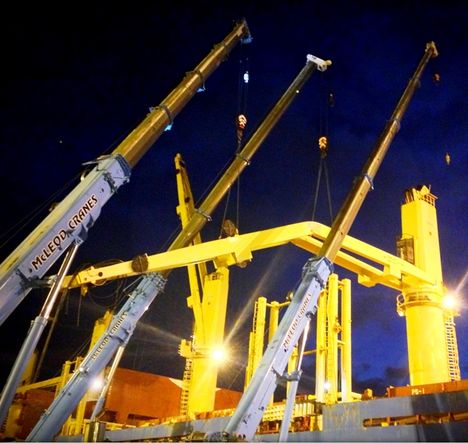 The removal, carried out on Saturday night, was made especially difficult by the fact that the 16 tonne boom was twisted, as well as bent, making it very difficult to disconnect it from the crane.

The incident seriously injured one of the crew, but we are happy to report that he is now out of intensive care and remains in a stable condition in a ward. 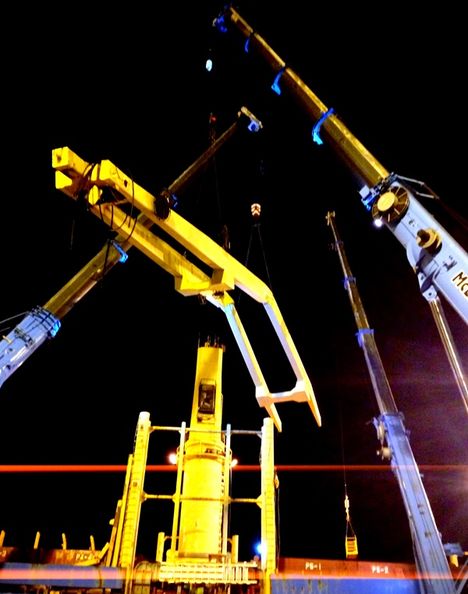 The boom – weighing 16 tonnes is lifted clear in a complex tandem lift.