A quick thinking crane operator may have helped save a woman’s life yesterday in York, South Carolina.

The man was driving his three axle All Terrain crane past a school when a car pulled out in front of him, giving him no time to stop or take any avoiding action. Having crashed into the car and seeing that the hook and cab were on top of the driver’s side of the car, the operator, Drew Hodge, 35, raised the crane’s front axle suspension to its highest setting, while dropping the two rear axles thus helping lift the crane off of the car. 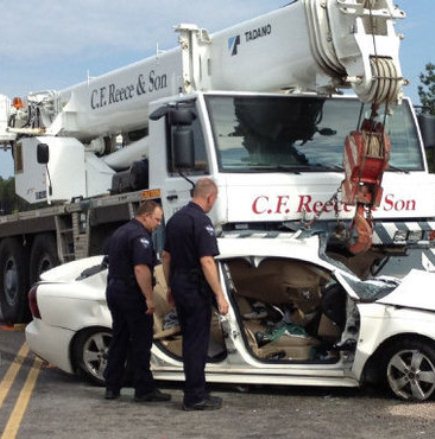 It took the emergency services an hour to cut the woman driver out of the car, she was fully conscious and talking with her rescuers as she was finally pulled from the car and is said to be in quite good shape. She was airlifted to hospital for treatment.

Police said that a preliminary investigation indicates the woman had dropped a child off at school, and drove out of the parking lot straight into the path of the oncoming crane, a Tadano Faun ATF50 owned and operated by the crane division of C.F. Reece & Son of Rutherfordton North Carolina. Drew was uninjured. 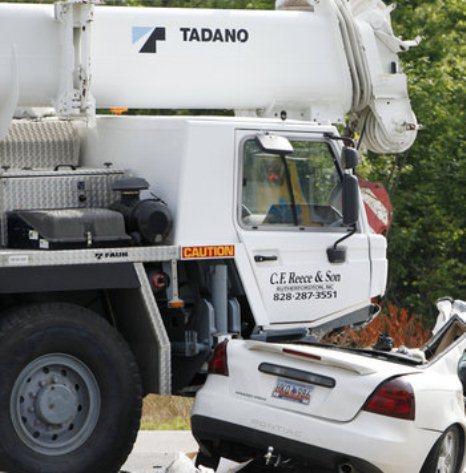