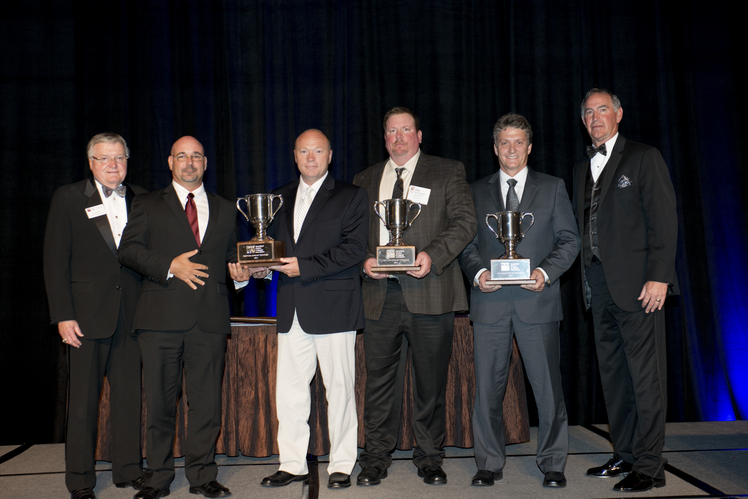 Over $750,000: Fagioli, Opera, Italy, recovered the wreck of the cruise ship CostaConcordia, which had come to rest on an underwater rock ledge off the coast of Isola Del Giglio, Italy. It was the first time that such an operation had been performed on a vessel with such huge overall dimensions: 300 meters long and 114,000 gross tons.$150,000-$750,000: Omega Morgan, Fife, Wash., moved the 87-year-old Sellwood Bridge, in Portland, OR, so that it could continue to be used for vehicle traffic while a new bridge was being constructed. The Sellwood Bridge weighs 3,400 tons and is 1,100 feet long. The bridge was moved 33 feet north on the east end and 66 feet north of the west end, and the entire span was shifted two feet east.

Under $150,000: Barnhart, Memphis, TN, removed 10 platforms on a control tower at McCarran International Airport in Las Vegas, NV. Each platform weighed 12,000 pounds and measured 16 feet long by 19 feet wide by 10 feet tall. All were located 230 feet in the air. Because of the location of the forms, a typical crane could not be used, so Barnhart used a tip-stick for form removal.

Moving (using specialized equipment, such as self-propelled transporters, dollies and crawler assemblies): Berard Transport, New Ibeia, LA, moved a bulk material crane weighing 1,000 tons and measuring 208 feet long by 95 feet wide by 173 feet high from the plant where it was manufactured in New Iberia, LA, via deck barge to the Port of Lake Charles, LA, where it had only feet to spare as it passed under high voltage power lines and had to be rotated 90-degrees on the barge during offloading.

Under 150,000 pounds (net): Precision Heavy Haul, Inc., Tolleson, AZ, moved a radio telescope in two pieces from about 50 miles west of Socorro, NM to Kitt Peak National Observatory, 55 miles west-southwest of Tucson, AZ, at an elevation of 7,000 feet. Among the components transported was the Main Reflector. At 40 feet in diameter, it was the widest load ever to cross the two states.

The Annual Sales Meeting. Having one this year?