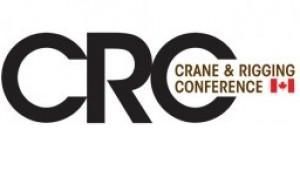 The Crane & Rigging Conference (CRC) Canada will return to the Marriott at River Cree Resort, Edmonton, Alberta on Oct. 20-21. 2014. Now in its fourth year, the event will stay at the location of the 2013 conference which received rave reviews from attendees.

The CHRSC made its first public appearance at CRC Canada 2012. The group has since become a government-recognized, independent, industry-represented group and, having updated attendees on the progress of early initiatives at this year’s event, will again sit before the conference as a panel and take questions at the end of the session.

Mark Bridger, director of business development at Maximum Capacity Media, said: “Given widespread positive feedback from speakers, sponsors, exhibitors and, most importantly, attendees, we had no hesitation in returning to the Marriott at River Cree Resort.”

He added: “In the longer term we still see the conference expanding into other regions of Canada but we have a footprint in Edmonton, Alberta and we want to finish what we started in 2011. The conference has facilitated so much positive change but there is a long way to go.”

Beverly Plumb, manager of workplace development at Capital Power Corporation’s Genesee Generating Station in Alberta, said she was impressed by the passion and rigor of the presentations at this year’s event.

Hany Tadrus, business development director in Toronto and a partner with Egypt-based Petrolift, said the conference provided a lot of useful information and was well organized. Meanwhile, Adam Tellier, general manager of Super Slings Inc. of Nisku, Alta., singled out the workshops as event highlights.

The next instalment of the two-day conference will again address crane and rigging supervisors, facilities managers, and safety personnel. Overhead cranes, critical lifting, rigging, standards, competency and training will be among key topics.