A crawler crane working on a bridge in Monroe, Louisiana, overturned yesterday as the ground gave way beneath its tracks.

The crane is apparently owned by the department of transportation and development and was working on a canal bridge on Martin Luther King Drive in the south of the town. The incident filled the drainage canal with soil just as Hurricane Isaac approached. 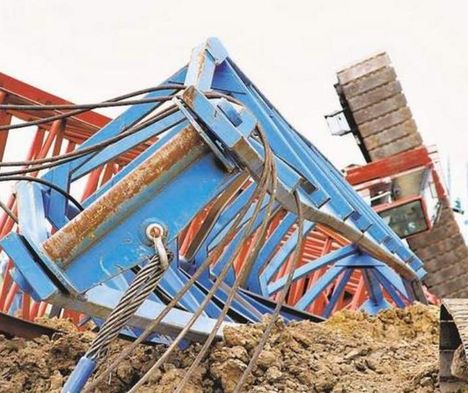 Fortunately the crane’s operator was not injured in the incident and no one else was involved.

A spokesmen for the department confirmed that the ground beneath the crane had shifted and said: “The crane has partially obstructed the canal. This will affect drainage, but workers have been instructed to have the canal cleared by Wednesday afternoon, when the storm is expected to be at its worst.”

Conviction, but no blame for fatal crash, for Marquette