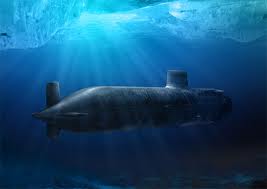 The accident happened on September 3, but was only revealed after enquiries from the Sunday Herald following a tip-off from insiders. HMS Astute, the Royal Navy’s latest reactor-driven submarine, was hit by a ramp slipping from a crane during loading. Critics warn the drop could have had serious consequences, triggering a torpedo explosion or a radiation leak. But the MoD insisted that the “wider safety of the boat was not compromised”.  An MoD spokesman said: “During the loading of HMS Astute, a small ramp slipped from a crane onto the submarine and into the water.  An investigation has been launched and it is too early to comment on the cause of the incident or whether there has been any damage to the submarine casing.  The incident has been formally reported to officials within the MoD. “A special investigation is being carried out by the naval base, which will also incorporate an investigation by the ship’s staff,” the spokesman added.