News from one of our readers in the Netherlands of the 1,200 tonne Gottwald AK912 owned by ALE that keeps on going.

Now 30 years old the crane was recently in Antwerp Belgium, where it was lifting large tanks at the Esso refinery in Polderdijkweg and performing as well as ever. 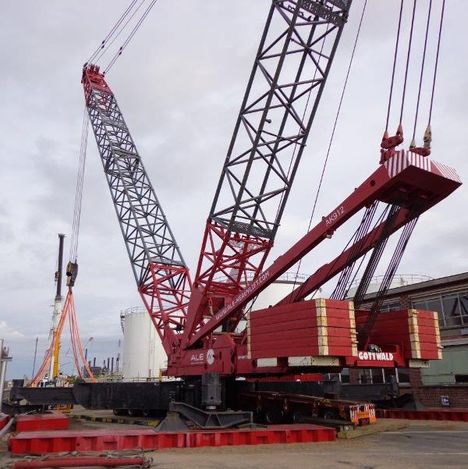 The crane has featured here before, following a major fire in Tunisia in 2008, and later by a transport accident in 2011.Thankfully neither of these incidents stopped the crane and it is still doing its thing and looking as good as new.

Many thanks to our correspondent who wrote: “I have read your report of the unlucky Gottwald crane www.vertikal.net/en/news/story/11978 but, it is still fully operational!”

“Last weekend, it was used to hoist some tanks into position in Antwerp, Belgium. I didn’t see the actual lift, but I went to Antwerp yesterday, where the crane (and perhaps his crew) was at rest after it’s lift.” 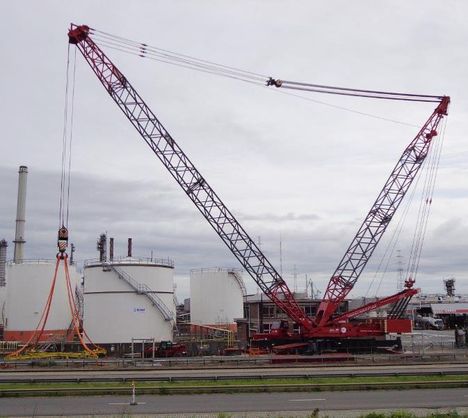 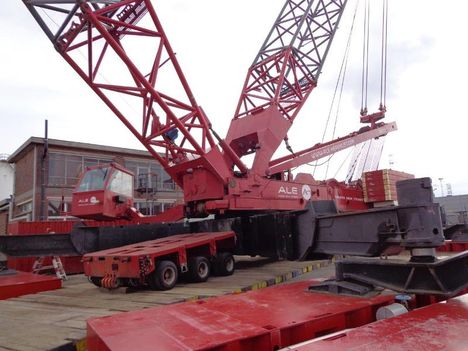 The crane left the Gottwald factory as an AK-850/1-104-GT for Franz Bracht it was then purchased by Interlift UK and upgraded to an AK912. When Interlift withdrew from the market it was acquired by Baldwins – the original company – and then by its current owner Abnormal Load Engineering – ALE.
Click here to see 1,200 tonne burnout
Click here for End of the road for an old Gottwald?