Two men died on Friday when a large tower crane collapsed during erection at a site in Paris suburb of St Germain en Laye, France. 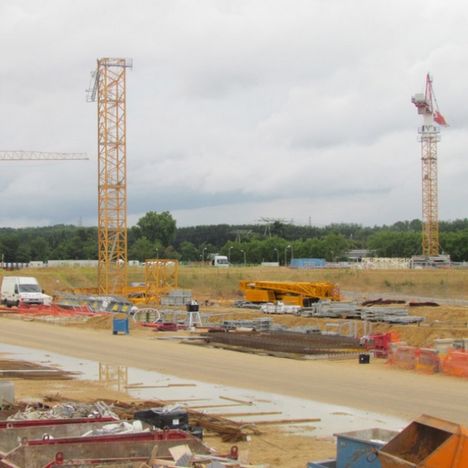 The scene after the incident occurred

According to local reports the two men were in the crane cab at the time when a load noise was heard and the crane jib and back mast went over backwards, causing the two men to fall around 20 metres. One man, 34, was killed immediately, while the other, 43, died from his injuries as he arrived at hospital. 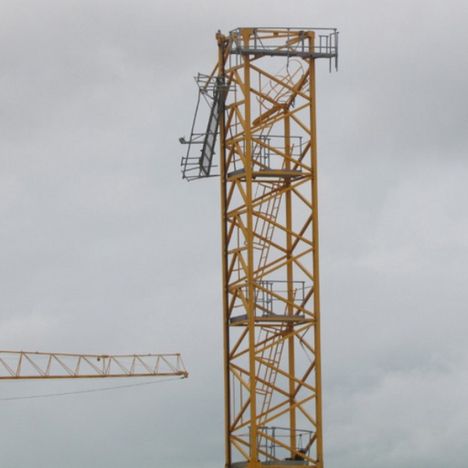 The top broke away from the tower

Two others standing below were slightly injured in the incident while we have received a few photographs from the scene, they do not add a great deal to the police statement. Although it is clear that part of the tower below the slew bearing was badly damaged. 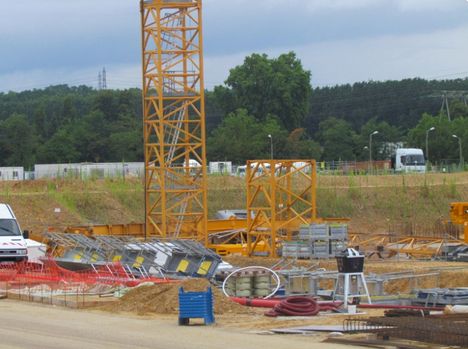 Two men on the ground were slightly injured