A large lattice crane boom came down onto a highway in Gallatin, Tennessee yesterday hitting a passing car causing minor injuries to the driver.

The crane was working from a barge when a strong winds hit the area which may, or may not have contributed to the incident. What we do know is that the boom started coming down relatively slowly at first, but began gathering speed as it reached a lower angle, and landing on a line of sheet piles that formed a barrier between the job site and the highway – around four metres or so from the boom nose.

The impact caused the lower chords of the boom to give-way, causing the boom tip to drop on to the passing car, destroying its entire engine compartment and creating a small crater in the road. Fortunately the car’s passenger compartment was left largely untouched. The passenger was unhurt, while the driver suffered minor injuries. 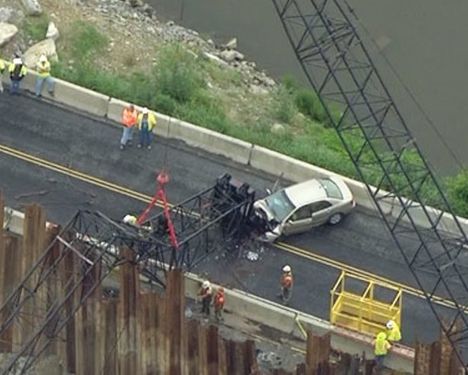 The boom caught the front of the car

Accident investigators from the Occupational Safety and Health Administration (OSHA) are now on the scene. 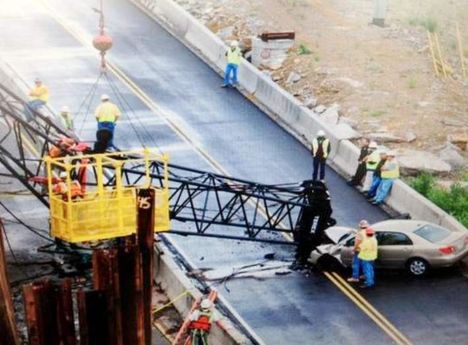 Self Erecting Tower Cranes May Save Costs