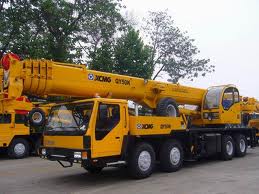 A Christchurch lawyer managed to retrieve documents from the earthquake-hit Forsyth Barr building using a crane. Grant Cameron was granted access to the sixth floor of the 17-storey building on March 16 to retrieve essential documents. He said he tagged along with staff from the Office of the Ombudsmen, based on the same floor, who used a crane to get into the building, taking nearly six hours to remove important items. “We went in through a window into our boardroom on the corner of Colombo St and Armagh St,” he said.

Staff gathered files and computer equipment. Ombudsmen’s Office corporate general manager Peter Brocklehurst said staff were allowed access to the building to recover investigation files. They hired a crane and cage, and “Grant was able to piggyback along with us”, he said. Access to the damaged building in the inner-city red zone has upset other business owners. Antiques dealer James Ayers said business owners would be upset to find certain companies were allowed access to potentially dangerous buildings. “It seems to be a case of who you know, not necessarily what risk your building is at at present,” he said.

“There are buildings on the periphery of the red zone that could easily be accessed at this time without putting the owners at significant risk.” Cameron said the criticism was a natural response as some business owners were encountering red tape. He urged owners to see the situation as “a great exercise in creativity and innovation to find a way around the red tape”. They should take every opportunity, within the law, to recover material, he said. The Forsyth Barr building was badly damaged in the February 22 quake, with the collapse of a staircase cutting the exit route for some staff.

Cameron helped lower some people by rope to safety. He is part of a group urging Civil Defence to allow other tenants to gain access to their premises. “The difficulty is when you go down there [to Civil Defence] and try to get access, they say they can’t deal with you because you’re a tenant. “They can only deal with the building owner.” While the staircase had collapsed, the building was safe to enter by crane. “I see no reason at all why tenants should not get access,” he said. “Done properly, I think most floors could be cleared out in between four and six hours.”

Yesterday, Civil Defence national controller John Hamilton confirmed a law firm was given approval to access the Forsyth Barr building. Urban Search and Rescue would have allowed the company to get “urgent legal documents”. Business owners who needed urgent access could contact Civil Defence. “It’s always going to depend on what it is that needs to be achieved and it will always depend on the nature of the building itself, whether something can be retrieved.” Businessman John Butterfield, part-owner of the South City Centre, reportedly arranged to use a crane to gain access to his Victoria Square apartment.

Crane and Rigging Rodeo at ConExpo 2011 – The Pro Rigger