A crane operator in Bordeaux, France, had a lucky escape on Tuesday after the ground collapsed under one of his outriggers and his load caught on the building. 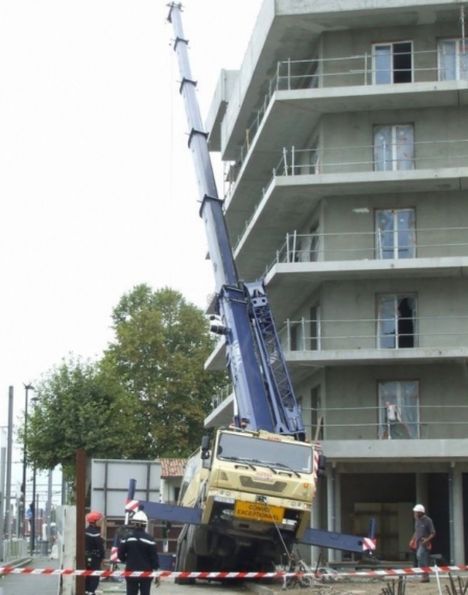 The ground gave way beneath the nearside rear outrigger jack

The crane, a Grove GMK 3055 owned by crane and access rental company Autaa Levage, was lifting concrete cladding panels onto the façade of a new apartment block in the centre of Bègles, to the south of Bordeaux. The crane was lifting the load over the rear on its 43 metre fully extended main boom, when the ground gave way beneath the rear outrigger closest to the building. The crane lurched over, but the load caught up on the façade of the building and the boom came to rest against the structure. 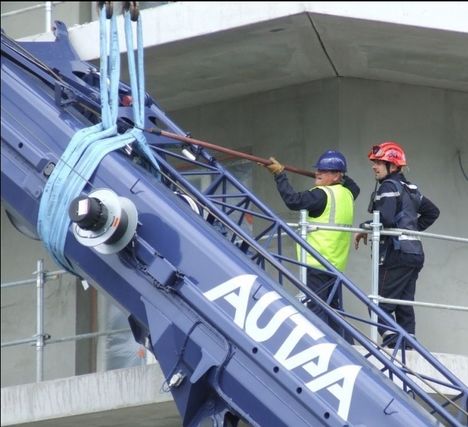 The lift was being carried out alongside the a live tram line and a road, and could easily have come down across both. The crane company sent out two rescue cranes and with the assistance of the emergency services managed to secure the crane – which was precariously balanced against the building- and then pull it upright. 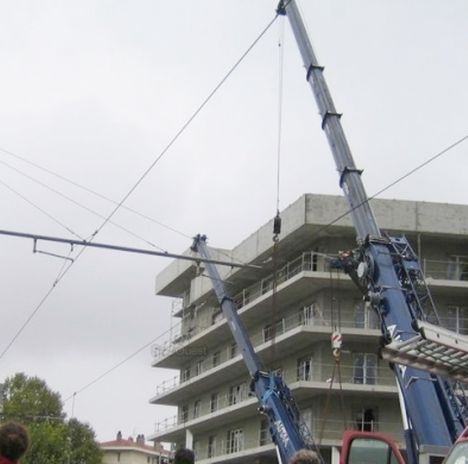 A rescue crane starts to recover the stricken crane

Thankfully no one was hurt or injured in the incident.