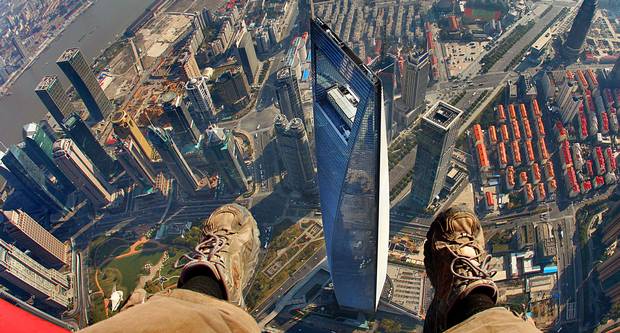 One worker can be seen casually dangling his legs over the edge of a crane, while others are shown in hard hats and overalls taking the structures apart. 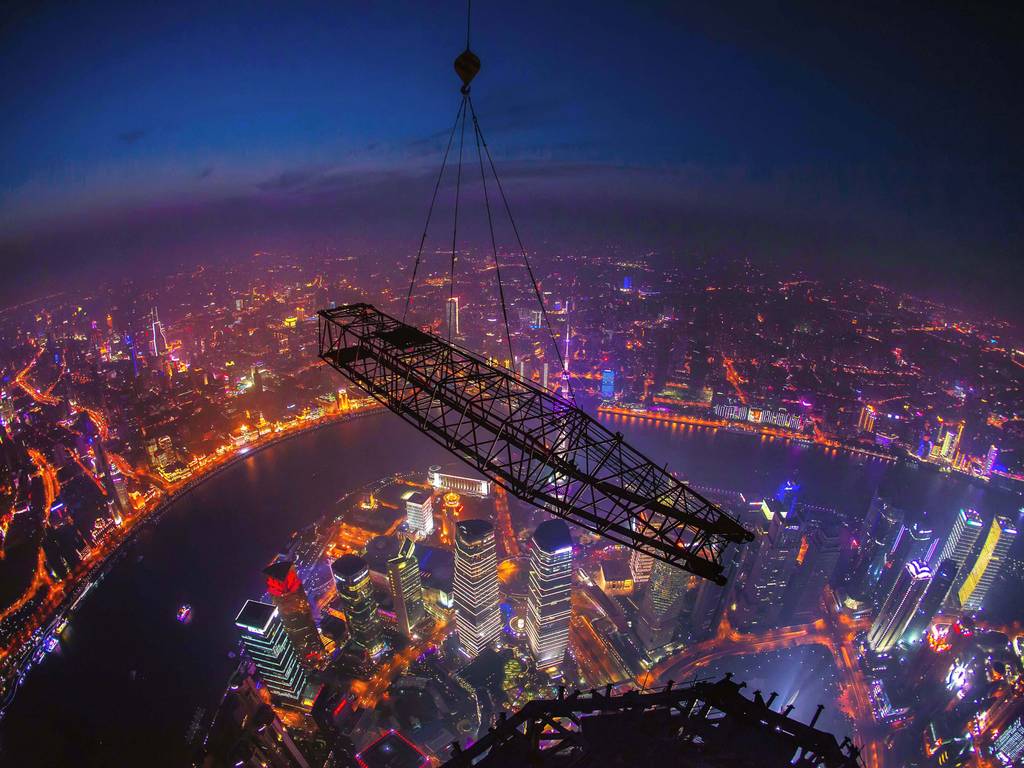 These photos capture the stunning panorama of Shanghai from atop the 128-storey Shanghai Tower, six years after work on the immense skyscraper began. 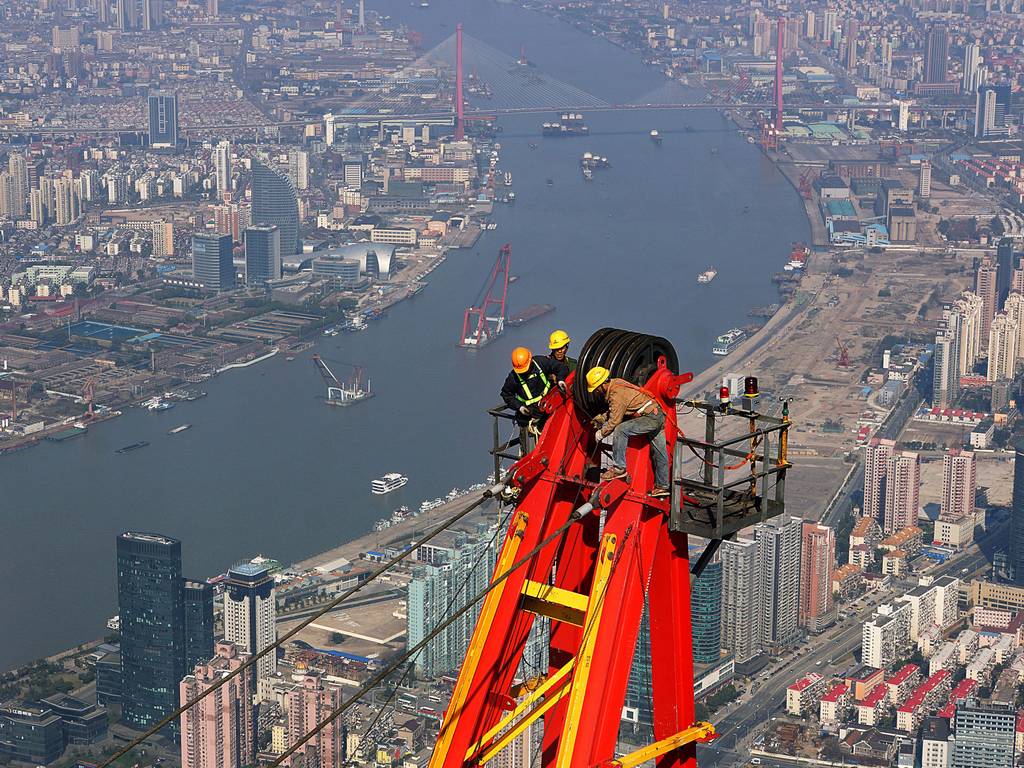 The vertigo-inducing images show construction workers on the £1.6 billion structure as they dismantle cranes. 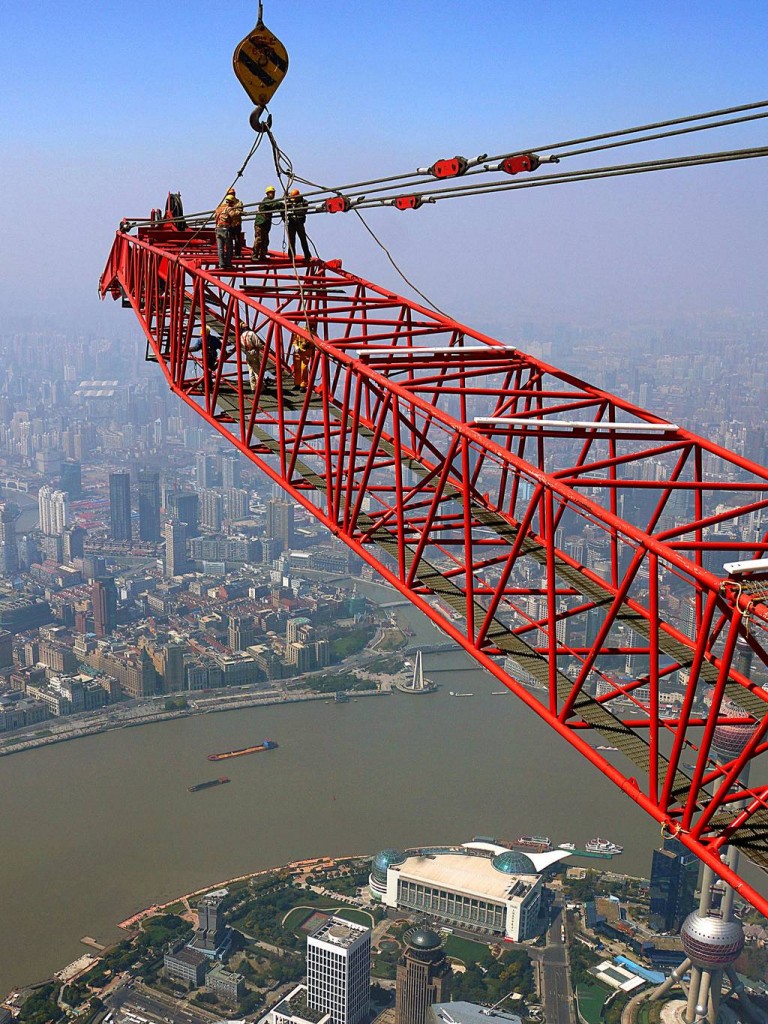 At 632 metres, the building is one of the tallest in the world, second only to the Burj Khalifa in Dubai. 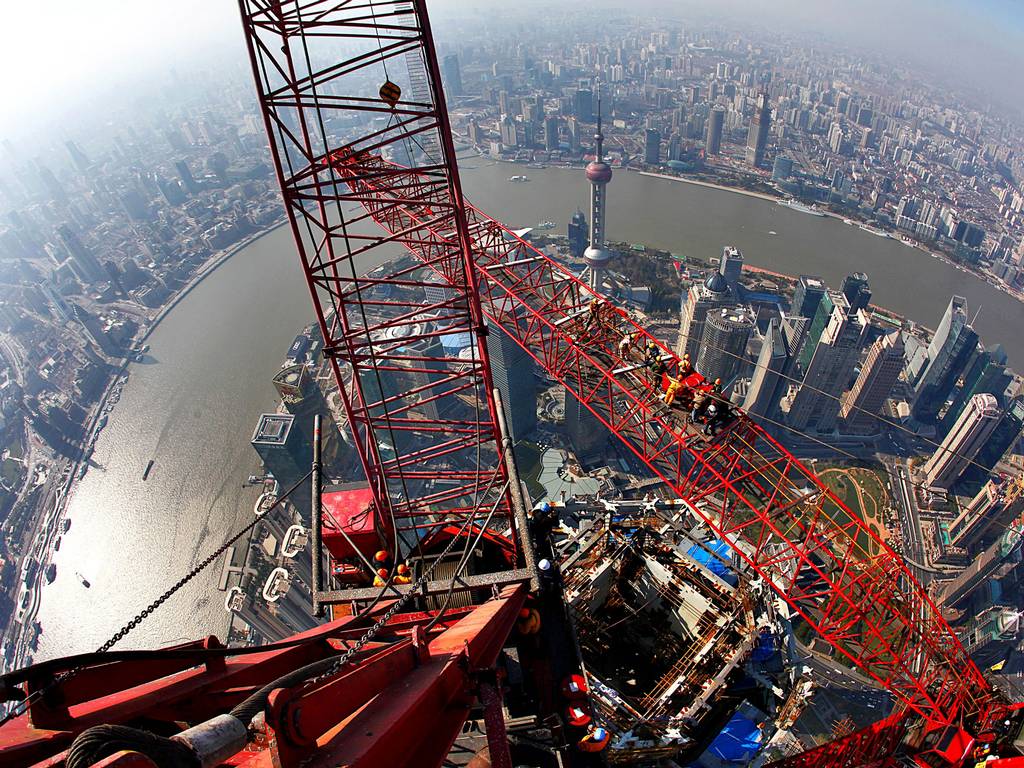 The Tower, which was designed by a team led by Principal Architect Jun Xia, is comprised of nine cylindrical buildings stacked atop each other containing 128 floors in total.