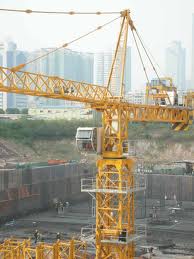 Six people died and one was injured on Saturday after a tower crane came down in Dandong City, northeast China’s Liaoning Province, close to the North Korean border.  Six men were apparently working on the 50 metre crane when it went over on a construction site in the Zhenxing District. Four died at the scene, while the other two died later in hospital according to a statement from the local authorities.  A woman on the ground was struck by parts of the falling crane and is receiving treatment in hospital.  Dadong based Lufeng Construction & Engineering, the major contractor on the site was also responsible for the crane. The statement said that the cause of the accident is under investigation. A local report suggests that the men were in the process of dismantling the crane, but this has not been confirmed.