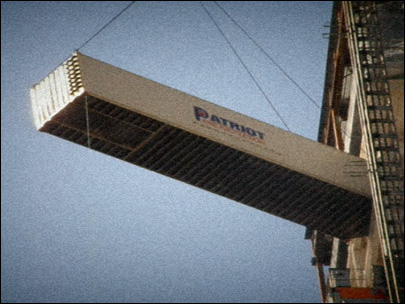 “The public is in danger every day.” That’s the accusation of insider who say the state is ignoring risky construction practices. The KOMO 4 Problem Solvers investigated and found several instances where both workers and the public were at risk.  A cargo container swings precariously over downtown Seattle.  A metal beam falls inside a high voltage Seattle City Light SoDo substation. “It would have been a catastrophic event for that area,” according to Seattle City Light Director of Energy Delivery Bernie Ziemianek.  And tower cranes, that don’t meet specifications, stay working for months in spite of fatal accidents here and around the country. Spokeswoman Randy Loomans with the Union of Operating Engineers Local 302 says this isn’t just about workers, “this is a public safety issue too, these cranes tower over cities.”