The lattice boom and jib of a crawler crane came crasing down onto a jail in Grand Rapids, Michigan yesterday, three men were taken to hospital with minor injuries.

The crane had been pouring concrete on a new building at the jail, when the incident occurred. A construction worker is said to have been injured by a whipping hoist line, while the other two are said to have been hit by flying glass. Their condition is not serious. 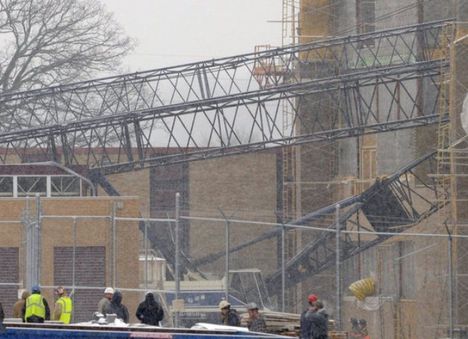 We have not details of what caused the boom to come down, but it looks as though it may have involved the folding of the jib? 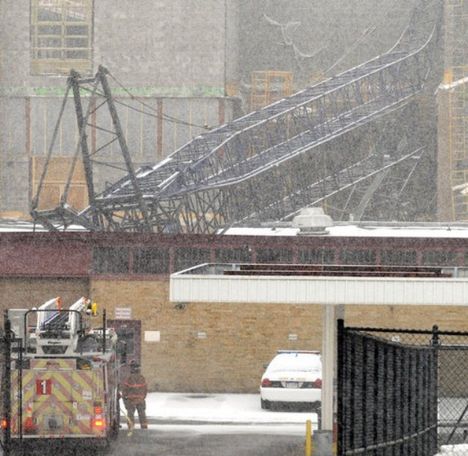