A crane overturned this morning in Phuket City, Thailand, cutting off a high voltage power line, but it is hard to see exactly what happened.

The crane a 25 tonne Tadano Rough Terrain/city crane owned by Phuket Kritichai, was on tyres and had its boom raised to around 35 degrees when it overturned in a shallow road side ditch/embankment alongside a main road. 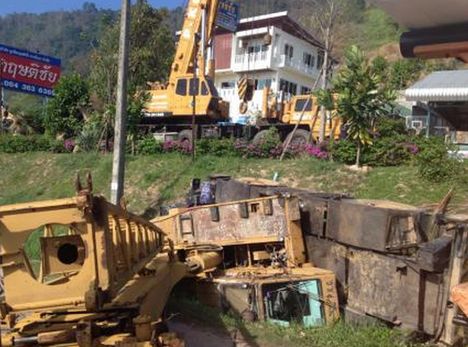 A second crane was quickly brought in to recover the fallen crane and power restored. Thankfully and surprisingly no one was injured in the incident. It could have been so much worse, given that it went over during the morning rush hour and that the boom fell into the road. 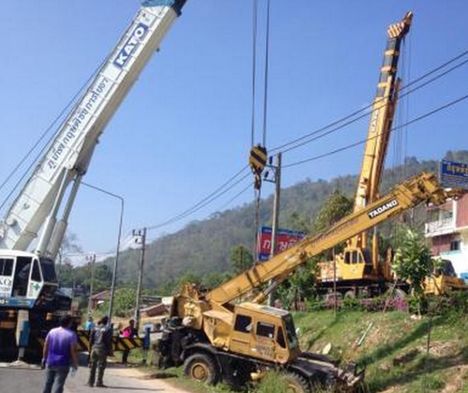 The crane is recovered

Phuket has a dreadful record for mobile crane accidents, with at least three major incidents this year involving improper outrigger set up. This in a city/province island with a population of just 600,000. 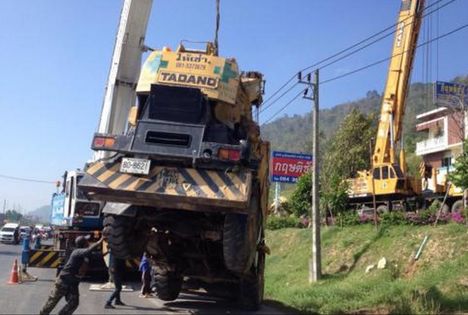 And placed back on the road