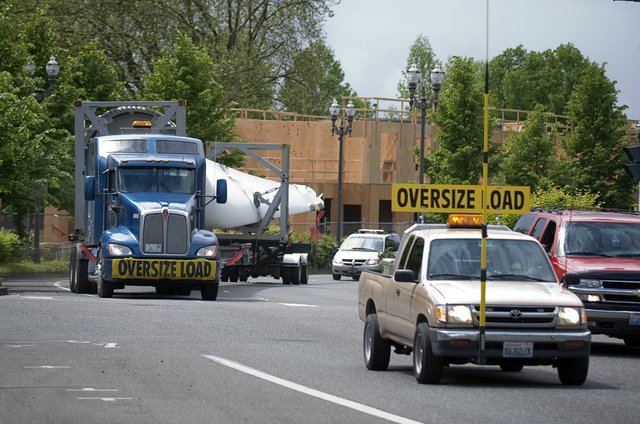 Pieces of the global wind energy market are moving through Vancouver. Through July, trucks and rail cars will haul the enormous wind-energy components — including blades, generators and towers — from the Port of Vancouver to wind farms in Washington, Oregon and Idaho.

The port is importing the components from northern Europe, South America and Asia.

Why is Vancouver a gateway for shipments of wind-energy parts?

It is due to the port’s strategic decision about 10 years ago to handle what amounts to specialty cargo.

It has the right equipment for the job: The port deploys two Liebherr LHM 500 heavy-lift mobile cranes to take hold of the wind-energy segments. 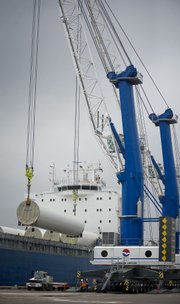 The port’s best year in the wind energy market was 2009, when it handled 2,700 components. But it expects to top that this year by handling an estimated 3,000 pieces of wind-energy machinery.

The design of the wind-energy components has changed as the industry has reduced the number of wind turbines it produces in favor of increasing their output, according to Alastair Smith, the port’s senior director of marketing and operations.

So, for example, an early-model nacelle — the housing that contains all of the generating components of a wind turbine — could weigh as little as 19 metric tons. Nowadays, nacelles can weigh as much as 123 metric tons.

Likewise, the length of wind-turbine blades once extended just under 80 feet. Now, they reach more than 165 feet in length.

In Vancouver, truck drivers — permitted by the Washington Department of Transportation — are continuously hauling the wind-energy components between 9 a.m. and 3 p.m. at 15-minute intervals nearly every day.