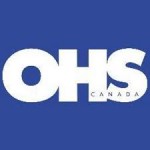 The union representing outside city workers in Sault Ste. Marie, Ontario is applauding a coroner jury’s recommendations into the 2009 death of a worker who was fatally crushed by a mobile crane.

City of Sault Ste. Marie worker James Vecchio, 34, was killed on April 16, 2009, when an 80-ton Millennium Crane Rentals Ltd. mobile crane backed into a hole where Vecchio was performing sewage work, fatally crushing him. Bill C-45 criminal negligence causing death charges were filed against Millennium owner David Selvers and mobile crane operator Anthony Vanderloo, in connection with the incident, but withdrawn on March 21, 2011, after Crown prosecutors concluded there was no reasonable prospect of conviction.

Last year, the company was fined $70,000 after the provincial Ministry of Labour (MOL) found that the crane was in a state of disrepair, with braking components not fully functional and parts of the braking system broken and deteriorated. The crane also had only 25 per cent brake function in its four rear wheels and 31.25 per cent brake function in its four front wheels, which a competent worker should have noticed while inspecting the crane, the ministry said.

Following a two-week inquest that wrapped up in early May, the jury made nine recommendations, five to the city and two each to the MOL and Ministry of Transportation. Among others, the recommendations included: drafting and implementing a bylaw that would require mobile crane operators to provide an annual mechanical fitness certificate under the Highway Traffic Act before their operation would be allowed on city roadways; the removal of workers from any excavation site where workers were being positioned; and the revision of the Occupational Health and Safety Act to ensure workers had a minimum of two ways to enter to exit a work site, where physically possible.

When asked about the two recommendations to the MOL, ministry spokesperson Bruce Skeaff said that “this is a question best left until we have a new government in place,” referring to the upcoming provincial election in June.

Paul Beauchamp, president of Local 3 of the Canadian Union of Public Employees (CUPE), said that he was pleased that the jury had accepted a number of CUPE’s recommendations, including a tightening of rules and inspections concerning mobile cranes. “The jury heard that, and accepted the need for clear certification procedures and annual inspections. We also pushed for mandatory carriage of air horns where heavy equipment is used, and the jury accepted that too,” Beauchamp said.

Beauchamp added that he was impressed by the compassion and interest the jury showed in their questioning and he realized that it was difficult for many Local 3 members who were on site on the day in question to appear before the inquest and relive the incident.