Three men were rescued from a truck crane after the it tipped over rearwards, leaving the men stranded in the carrier cab around eight metres or more off the ground. 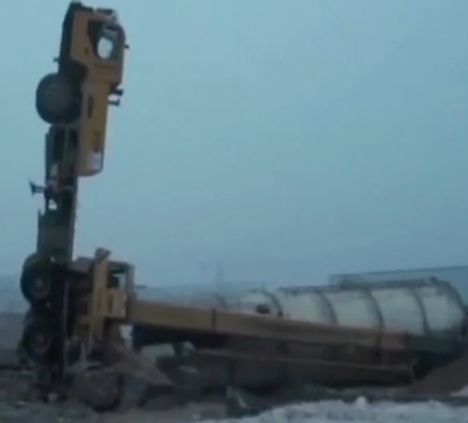 The incident occurred somewhere in the Henan province of China, firefighters brought in a truck mounted rescue platform and transferred the three from the cab to the platform, taking them safely to the ground.

The crane, a 25 tonne XCMG QY25K was working with the boom fully raised over the side, but apparently not correctly stabilised – either that or the ground gave way under the two rear outriggers. The local authorities said that the incident was caused by “the workmen’s lack of control of the crane”. 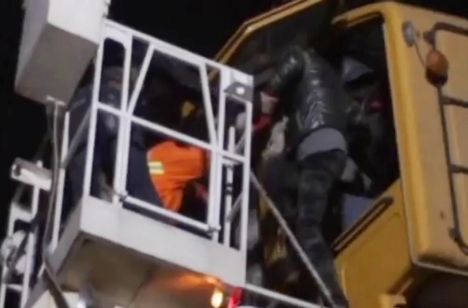