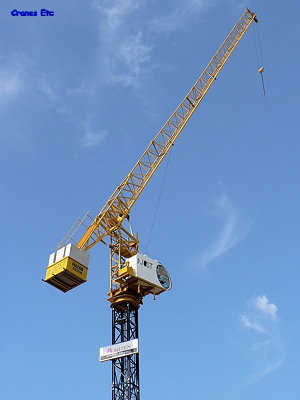 The crane, owned by Delta tower crane rental, was working on an Allenbuild job site on the Old Kent Road, London, when the jib pivot pin came out of its socket. The jib then broke free of the crane and came down on the roof of a building, missing those working below. No one was injured or hurt in the incident.

So far we have received no photographs from the scene.