In a quiet start to the new working week, two cases of bridge bashing, one in Singapore where an a crane of some sort ripped a large chunk out of the Change Alley link bridge at Collyer Quay. 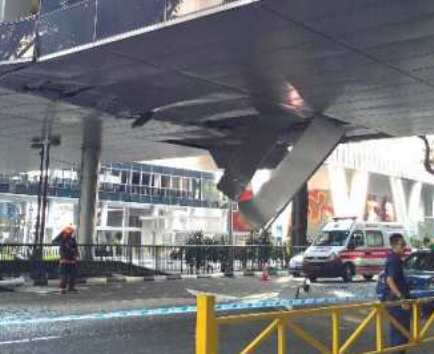 The underside of the bridge, damaged by a crane in Singapore

The other occurred in Falmouth, Maine in the USA, when a boom truck travelling north in Interstate 295 with its boom raised slightly to accommodate a bulky load on its deck. The crane’s boom nose caught on the bridge ripping off the nose and a one metre length of the boom. The bridge in this case appeared to have stood up well to the onslaught. 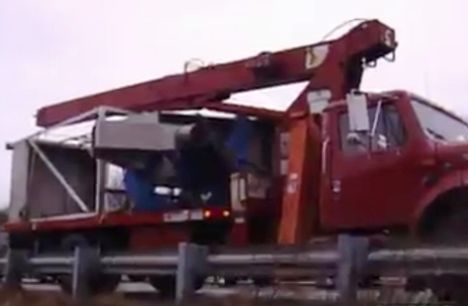 No one was injured in either incident, although considerable inconvenience was caused.

Both these cases were totally avoidable and are down to sloppy driving, it is a shame that the only way this dangerous practice is likely to be stamped out completely is by the fitting of dependable and perhaps tamper-proof interlock switches.

7.5 Things to Think About At the New Year